Jamila R. Nedjadi joins us to discuss Philip José Farmer’s “Behind the Walls of Terra”, World of Darkness games, the false divide between the OSR and indie games, simulacrums, motorcycle gangs, one’s own mother as a romantic love interest, hippie culture, fiction written by random tables, GMs building on what players give them, PBtA moves, describing modern items as marvelous artifacts, the perfect way to end a session, and much more! 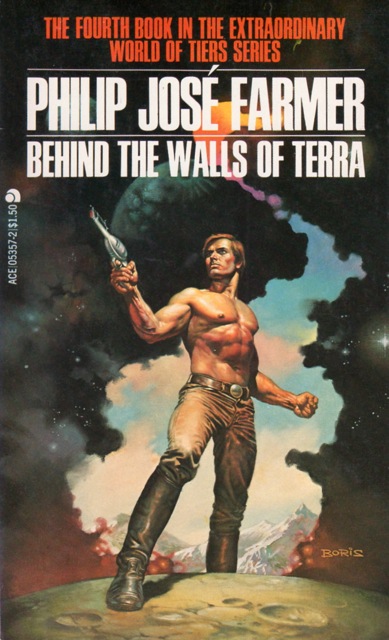 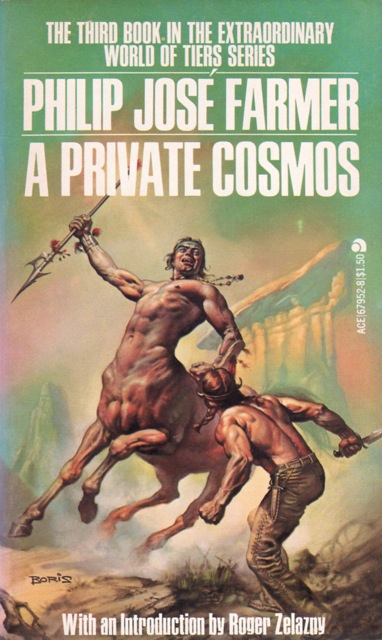 In retrospect, the publication of Philip José Farmer’s The Maker of Universes (Ace Books, 1965) marks the beginning of the most productive and rewarding phase of Farmer’s writing career. It can hardly have seemed that way at the time, as Farmer was toiling away as a technical writer in Scottsdale, Arizona to support himself and his family. Even though Farmer had been a published writer as of 1946 and had even won his first Hugo Award in 1953 (as “Best New SF Author or Artist”), commercial success had eluded him so far. Robert Wolff, the initially aged, paunchy, and disillusioned protagonist of The Maker of Universes is obviously a stand-in for Farmer at that point in his life—fortunately Farmer and his wife Bette appear to have been very happy together in real life, as their marriage lasted over 67 years until his death in 2009.

The Maker of Universes is one of Farmer’s most personal works, with callbacks to the whole range of his youthful enthusiasms, from Ancient Greek and Native American myths and legends, Edgar Rice Burroughs-style pulp, and Lord Dunsany’s sense of mystery and wonder among others. Interestingly, in Farmer’s introduction to the 1980 Phantasia Press special edition of The Maker of Universes he cites Gulliver’s Travels, Alice in Wonderland, and Through the Looking Glass as stronger influences on the book than the more obvious high adventure of Burroughs. Farmer would later write in his introduction to the THOAN, Les Faiseurs d’Univers RPG, that he had first received “impressions” of the World of Tiers while he was laid low with a fever at the age of 18 and believed them to be actual visions from an alternate universe. One has to wonder if Farmer is being utterly serious or so drily tongue-in-cheek as to make no difference….

The cover of the original Ace Books paperback features a wonderfully composed if not entirely accurate depiction of Podarge the Harpy by the versatile and prolific Jack Gaughan: 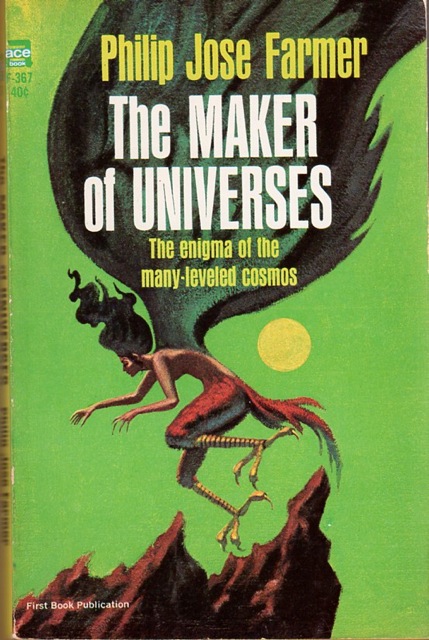 Given The Maker of Universes’ galloping pace and mad invention, it’s no wonder that Gary Gygax found it a particular inspiration for Dungeons & Dragons. Like many other Appendix N works, The Maker of Universes makes no particular distinction between science fiction and heroic fantasy, much to its benefit. The motley crew that eventually assembles around Robert Wolff and Kickaha the Trickster is recognizable as a proto-adventuring party and the World of Tiers itself is the classic dungeon writ (very) large, with each successive level an environment of greater threat and adventure.

The World of Tiers: Volume One (trade paperback/Kindle ebook) – includes The Maker of Universes, The Gates of Creation, and A Private Cosmos.

The Official Philip José Farmer Web Page is a “Brobdingnagian collection of all things Farmerian”.

THOAN, Les Faiseurs d’Univers (Jeux Descartes, 1995) is a French RPG based on The World of Tiers series. Unfortunately it has never been translated into English, but more information can be found here.